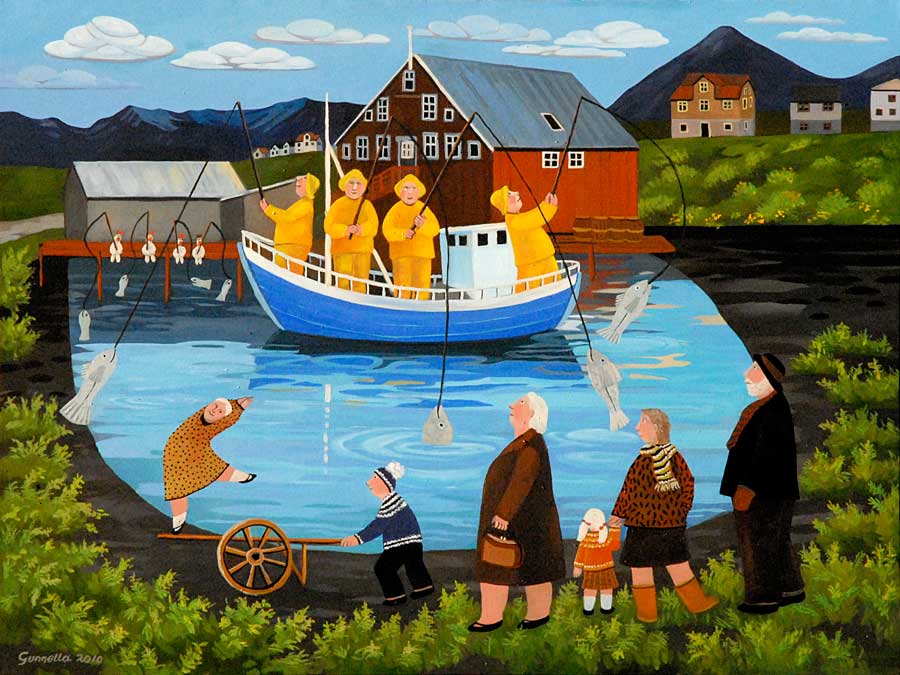 Þeir fiska sem róa / Those who row also fish in a row frá Siglufirði / from Siglufjörður. Siglufjörður is a small fishing town in a narrow fjord with the same name on the northern coast of Iceland. Population in January 2011 was 1,206 but the town has been shrinking in size since the 1950s when the town reached its peak with 3,000 inhabitants. The municipality of Ólafsfjörður and Siglufjörður merged to form a municipality called Fjallabyggð, which literally means Mountain Settlement.