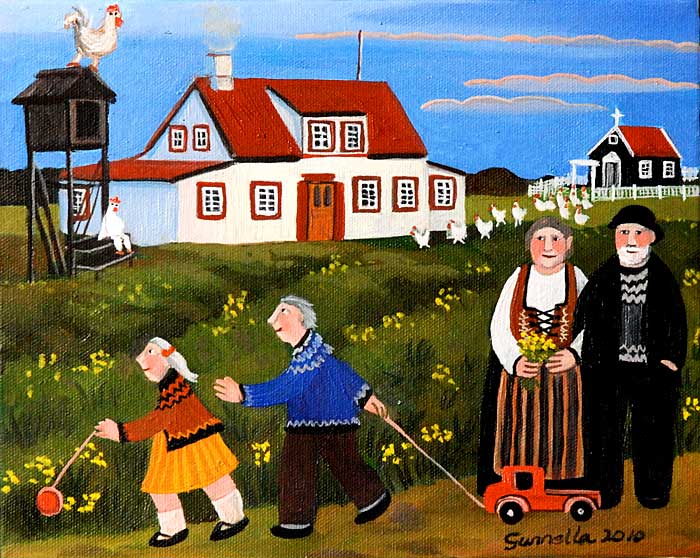 Papey is an island near the east coast of Iceland in the municipality Djúpavogshreppur and is about 2 square kilometres (0.77 sq mi) in extent, the highest point on the island being about 58 meters above sea level. The island was inhabited since the settlement of Iceland until the year 1966. There still are a lighthouse, a dwelling house, a church and a weather station on the island, the latter automised since 1998. There are also large colonies of atlantic puffins on the island.